Reasons why proper brushing and flossing are essential:

The Proper Way to Brush

Teeth should be brushed at least twice a day; ideally in the morning and before bed. The perfect toothbrush is small in size with soft, rounded-end bristles and no more than three months old. The head of the brush needs to be small enough to access all areas of the mouth, and the bristles should be soft enough so as not to cause undue damage to the gum tissue. The American Dental Association (ADA) has given electric toothbrushes their seal of approval, stating that those with rotating or oscillating heads are more effective than other toothbrushes. 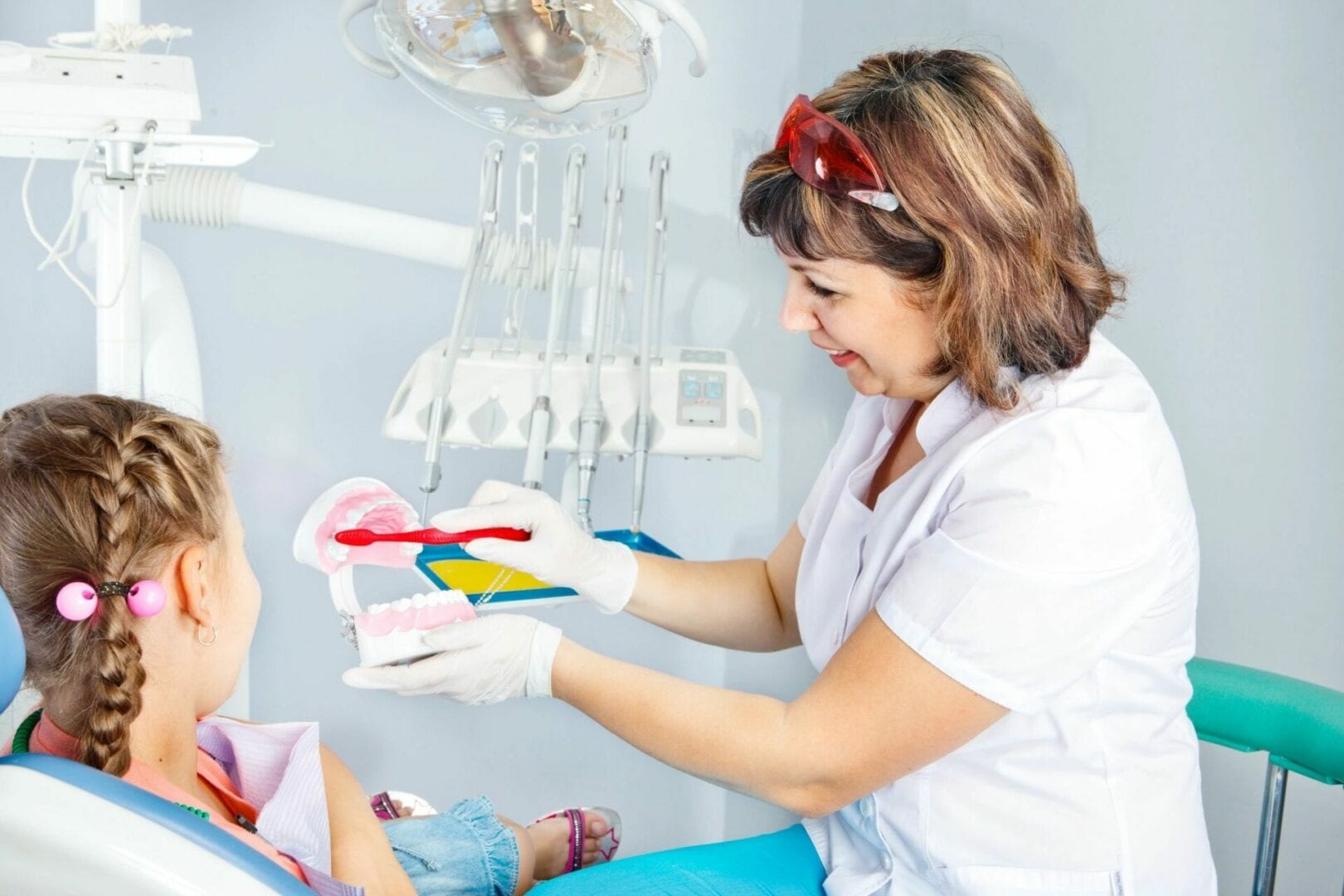 The Proper Way to Floss

Flossing is a great way to remove plaque from the interdental regions (between the teeth). Flossing is an especially important tool for preventing periodontal disease and limiting the depth of the gum pockets. The interdental regions are difficult to reach with a toothbrush and should be cleansed with dental floss on a daily basis. The flavor and type of floss are unimportant; choose floss that will be easy and pleasant to use.

If you have any questions about the correct way to brush or floss, please ask your dentist or dental hygienist.​ 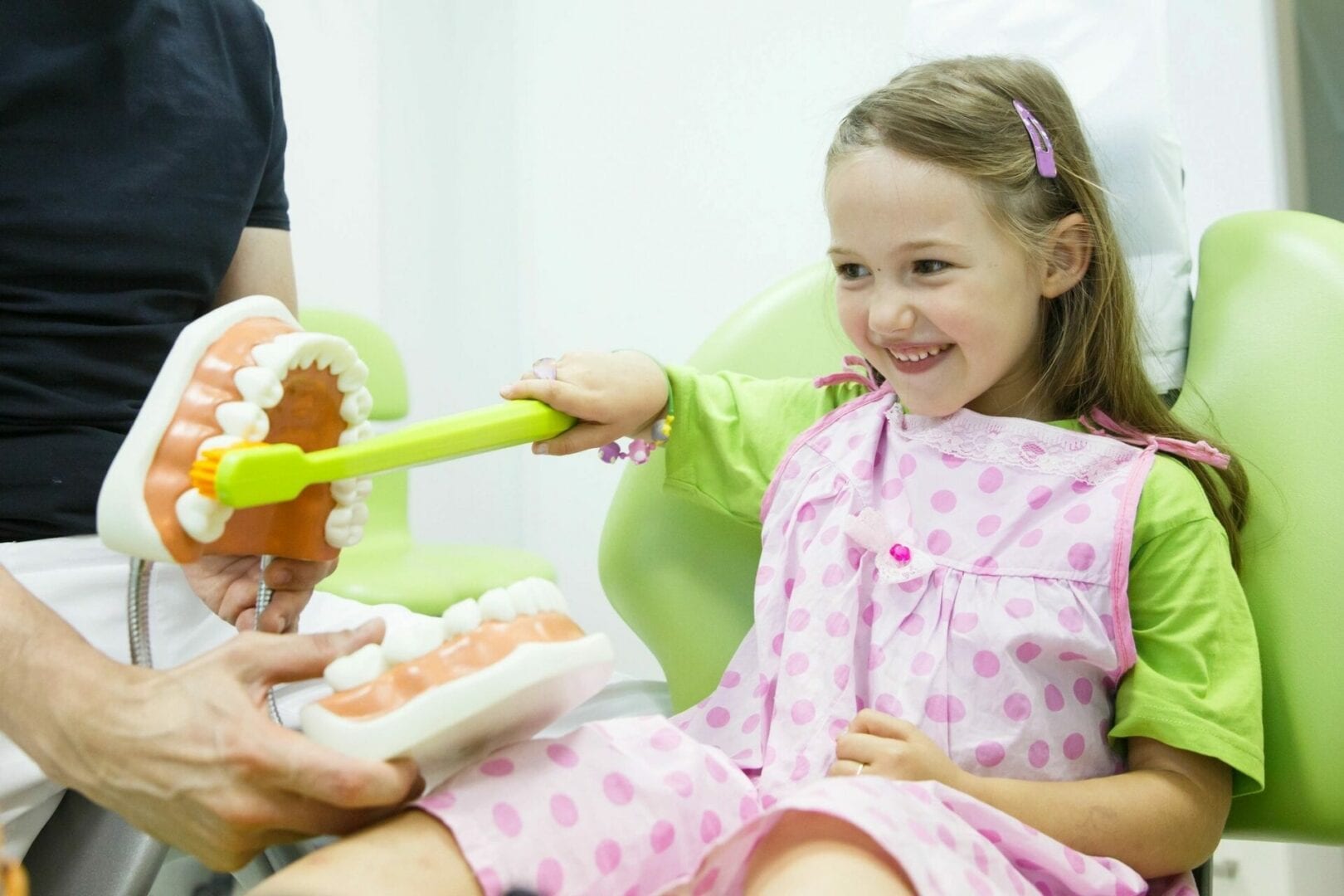 A preventive program is a cooperative effort by the patient, dentist and dental staff to preserve the natural dentition and supporting structures by preventing the onset, progress and recurrence of dental diseases and conditions.

Preventing dental disease starts at home with good oral hygiene and a balanced diet. It is continued in the dental office by the efforts of your dentist and dental hygienist to promote, restore and maintain your oral health.

If you want to prevent cavities, how often you eat can be just as important as what you eat. That's because food affects your teeth and mouth long after you swallow.

Dental plaque is a biofilm that develops naturally on teeth. This plaque contains bacteria, which create acid when they metabolize food (carbohydrates). When you eat, the bacteria eat. As this acid accumulates, it begins to break down the enamel on your teeth. This starts the process of cavity formation.

All carbohydrate foods eventually break down into simple sugars: glucose, fructose, maltose, and lactose. Some foods, called fermentable carbohydrates, break down in the mouth, whereas others don't break down until they move further down the digestive tract.

​Fermentable carbohydrates include sugary foods, such as cookies, cakes, soft drinks, and candy, but also include less obvious food, such as bread, crackers, bananas, and breakfast cereals.

Bacteria within the plaque on your teeth use the sugars from these foods and produce acids. These acids dissolve minerals inside the tooth enamel in a process called demineralization. Saliva helps this process, as does fluoride and some foods.

​The longer food stays near the bacteria on the tooth, the more acids will be produced.

​Sticky carbohydrates, such as raisins, can have prolonged effects. Snacks like this don’t create acids on your teeth only while they are being eaten. The acids stick around for the next half-hour.

​By sipping sweetened drinks throughout the day or eating many carbohydrate snacks, dental bacteria can produce acid almost constantly. Studies have shown that those who eat sweets as snacks between meals have higher incidences of decay than those who eat the same amount of sweets with their meals.

​Below is a list of Dietary Guidelines developed by the U.S. Department of Agriculture and the Department of Health and Human Services.

To prevent tooth decay, you should follow a few additional guidelines to keep the amount of acid created by the bacteria on your teeth to a minimum. Here are some tips.

Limit snacking to reduce the amount of time your teeth are exposed to acid. If you snack, choose foods that are not fermentable carbohydrates.

Limit the amount of soft drinks or any other sugar-containing drinks, including coffee or tea with added sugar, cocoa, and lemonade. Fruit juices contain natural sugars that can also cause decay. Limit the amount of time you take to drink any of these drinks and avoid sipping them throughout the day. A can of soda finished with a meal is better than a can of soda finished over two hours because your teeth are exposed to high acid levels for a shorter amount of time.

Avoid sucking on hard candies or mints, even the tiny ones. They have enough sugar to increase the acid produced by bacteria to decay levels. If you need a mint, use the sugarless varieties.

Very acidic foods (such as citrus fruits) can make the mouth more acidic and may contribute to tooth demineralization and erosion. The effects of acid exposure are cumulative, so every little bit counts.

Brush your teeth after eating to remove the plaque bacteria that create the destructive acids. If you cannot brush after every meal, brush at least twice a day to thoroughly remove all plaque bacteria.

Chewing sugarless gum that contains xylitol can help reduce the risk of cavities. It not only helps dislodge some of the food stuck to your teeth, it also increases saliva flow to help buffer the acids.

Fillings are used to repair a tooth that has been affected by decay, cracks, or a fracture. The affected portion of the tooth is removed and then replaced with a filling material. There are many types of filling materials available, each with their own advantages and disadvantages. We will discuss which material is the best option for restoring your teeth.

Dental crowns and bridges are relatively simple solutions for missing teeth. Made from zirconium or traditional restorative materials, these durable artificial teeth fill in gaps caused by tooth loss or decay. Crowns are aesthetically pleasing, natural-looking shells that cover and protect damaged teeth, restoring their original shape and function. Dental bridges attach to crowns, implants, or natural teeth to hold one or more false teeth in place. At our office, a mold of the mouth is taken to ensure a good fit. The crown is then created from the mold in a laboratory, and the patient wears a temporary crown for about a week until the permanent version is ready. Once the crown or bridge is in place, it can last for years.

Made of laboratory-crafted porcelain, gold, or resin, inlays and onlays provide an alternative to fillings and crowns when cavities affect otherwise healthy teeth. Inlays are used only to fill the cavity, while onlays cover more of the surface to reshape the top of the tooth as well. Both methods help to eliminate decay and strengthen the remaining tooth structure. During the initial visit, our dentist takes an impression of the tooth and slightly reshapes it to prepare it for the inlay or onlay. The restorative device is then custom-tailored in a laboratory-based on the size and shape of the cavity. Patients will wear a temporary filling until their second visit when the inlay or onlay will be placed. After a short recovery period, patients can expect durable, aesthetically pleasing results.

oot canal therapy is needed when the nerve of a tooth is affected by decay or infection. In order to save the tooth, the pulp, nerves, bacteria, and any decay are removed. The resulting space is filled with special sterilized dental materials, which allow the tooth to continue to function inside your mouth. Having a root canal done on a tooth is the treatment of choice to save a tooth that otherwise would die and need to be removed.

Crafted to match your smile and personality, modern dentures are a natural-looking, nonsurgical replacement for one or more missing teeth. Made of ceramic replacement teeth, full and partial dentures can be an excellent option for patients seeking a noninvasive way to deal with tooth loss. A bridge firmly connected to the surrounding natural tooth structure holds dentures in place for a secure, comfortable fit.

Dental implants are one of the most secure and comfortable tooth replacement options available. Implants permanently anchor artificial crowns, bridges, or dentures to the jawbone. The structure of an implant consists of three parts: the titanium rod (the implant itself), a metal ball attached to the top of the rod, and a rubber O-ring that fits around the ball. During the procedure, the implant is placed securely into the jawbone as a base for the metal ball, which rests on the gums. The denture or crown then fits onto the ball in ball-and-socket fashion. Meanwhile, the O-ring acts as a cushion between the ball and the denture, ensuring the comfort and flexibility of the entire structure. Placement of the implant takes about one or two hours, and the gums are allowed to heal before the crown or denture is attached. Once the implant is in place, patients enjoy improved confidence while eating, speaking, and laughing, as well as healthier gums and dental bone. At Toni Ambus DDS, we restore dental implants and refer patients to highly skilled surgeons for implant placement.

​At-home teeth whitening is a convenient way to dramatically transform your smile in the comfort of your own home. During an initial office visit, we will provide you with clear, removable plastic trays fitted to your mouth. Simply fill the trays with whitening gel each night and wear them in your sleep. After about a week, you will notice striking results: a whiter, brighter smile that will impress everyone you know.

Porcelain veneers can often eliminate the aesthetic impact of discolored, misshapen, and crooked teeth. Veneers are tooth-colored porcelain sleeves that cover the front of the tooth, restoring its color and shape. In your first visit, we will create a mold of your mouth, apply a bit of local anesthetic, and shave away a small portion of the tooth being treated so that the veneer will adhere to it as securely as possible.
Typically, temporary caps are then worn for about a week until the veneers have been custom-made in a laboratory. On your second visit, we will affix the veneers to your teeth. With porcelain veneers, your new smile can last for years.

Using a curette, plaque and calculus are removed from the surfaces of teeth.

Once scaling and root planing have been completed, a schedule will be set for future cleanings to be sure gums remain healthy.

Gingivitis is the mildest form of periodontal (gum) disease. It causes the gums to become red, swollen and bleed easily. There is usually little or no discomfort at this stage. Gingivitis is often caused by inadequate oral hygiene. Gingivitis is reversible with professional treatment and good oral home care.

Untreated gingivitis can advance to periodontitis. With time, plaque can spread and grow below the gum line. Toxins produced by the bacteria in plaque irritate the gums. The toxins stimulate a chronic inflammatory response and the tissues and bone that support the teeth are broken down and destroyed. Gums separate from the teeth, forming pockets (spaces between the teeth and gums) that become infected. As the disease progresses, the pockets deepen and more gum tissue and bone are destroyed. Eventually, teeth can become loose and may have to be removed.

Gum disease is often silent, meaning symptoms may not appear until an advanced stage of the disease. However, warning signs of gum disease include the following.